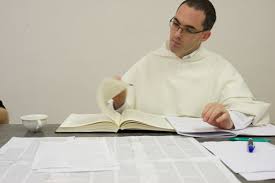 The special “The Remains of Regensburg” is edited by Gabriele Palasciano. Text by Thomas Crean OP.

Pope Benedict XVI’s Regensburg Address is remembered especially for the violent protests that followed his quotation from Emperor Manuel II about the violent nature of Islam: even though His Holiness made clear that he had not quoted the emperor’s words in order to endorse them. Nevertheless in reading it ten years later, one sees that the author’s desire was not as such to consider the respective natures of Christianity and Islam, but much more to re-awaken the sense of reason, within the heart of ‘Western’ man himself. The pope emeritus is profoundly conscious that Christianity took shape in the world thanks to a providential meeting of the faith of the prophets and apostles with all that was best and purest in the Socratic tradition. In this regard we are reminded of the start of Veterum Sapientia, the apostolic constitution of St John XXIII: “The wisdom of the ancient world, enshrined in Greek and Roman literature, and the truly memorable teaching of ancient peoples, served, surely, to herald the dawn of the Gospel which God’s Son, ‘the judge and teacher of grace and truth, the light and guide of the human race’, proclaimed on earth.”

This Socratic tradition may be summed up as the desire to follow the argument wherever it leads; and doing so not merely as an exercise for the intellect, or as a means of earning one’s living, but in order constantly to re-orient one’s life in the light of reason. For human reason was wounded, not entirely corrupted, by the Fall; and hence even those living outside the ambit of public revelation were able by the use of reason to gain some hold of the great truths of human life, even though not without an admixture of error and uncertainty. Pope Benedict presents Socrates himself as one whose devotion to logos was such that we may speak of an analogy – though only, of course, an analogy – between his endeavour to overcome myth by truth and the scriptural revelation of God as “He who is”, a name that separates the God of Israel from the pagan divinities with their many names. One might perhaps object to this that Socrates’s last words were a charge to Crito to offer a sacrifice to the god Asclepius, but such an objection would be rather superficial. It is obvious that Socrates did not escape altogether from the pagan shadows in which his society was covered; but it is equally obvious that he was one who sought to follow reason insofar as he understood its demands, and who thus practised to an eminent degree what the German philosopher Dietrich von Hildebrand refers to as “the natural watchful waiting of mankind before the coming of Christ”.

Pope Benedict XVI spoke at Regensburg of an “inner rapprochement between Biblical faith and Greek philosophical inquiry”, insofar as Greek philosophy was convinced that to act “unreasonably”, without logos, was contrary not just to the nature of man, but also to that of God. Its intuition was confirmed by the revelation contained in the first verse of St John’s gospel, that the Word was in the beginning with God, and that the Word is God. His Holiness adds these striking words: “Given this convergence, it is not surprising that Christianity, despite its origins and some significant developments in the East, finally took on its historically decisive character in Europe. We can also express this the other way around: this convergence, with the subsequent addition of the Roman heritage, created Europe and remains the foundation of what can rightly be called Europe.” […]

Judaism and Dialogue on the Role of Reason

Ten years after the Regensburg lecture: the challenges of dialogue

Benedict’s Narrowing Logos: The Bible, the Greeks, the West